San Miguel de Allende enjoys being within 8-10 hours driving time to many of Mexico’s most popular beach destinations like Puerto Vallarta and Zihuatanejo/Ixtapa, or to the USA, however, because we are not close to any border crossing, port of entry, prohibited plant cultivation area, or along any of the corresponding transit routes, we have a sort of geographical immunity from the terrible consequences of the “war on drugs” afflicting other parts of the country.

Of course we have crime here like just about anywhere in the world , but there is nowhere my family and I would rather live or feel safer, every day we are joined by more Mexicans and foreigners who feel the same, and having served as an instructor at our local police academy, as well as a first responder with the Red Cross here, I have a bit more than just statistical insight in this regard.

The number of U.S. visitors to Mexico who arrived by plane increased by 14% in the first half of 2017 compared to the same period in 2016, despite the negative news and official warnings about crime in some locations. And the number of flights between Mexico and the U.S. has increased by 7.5% during the same period. “We are very optimistic despite the situation . . .  We will maintain frequencies because we believe in the Mexican market,” said American Airlines’ Mexican head Antonia Gutiérrez. 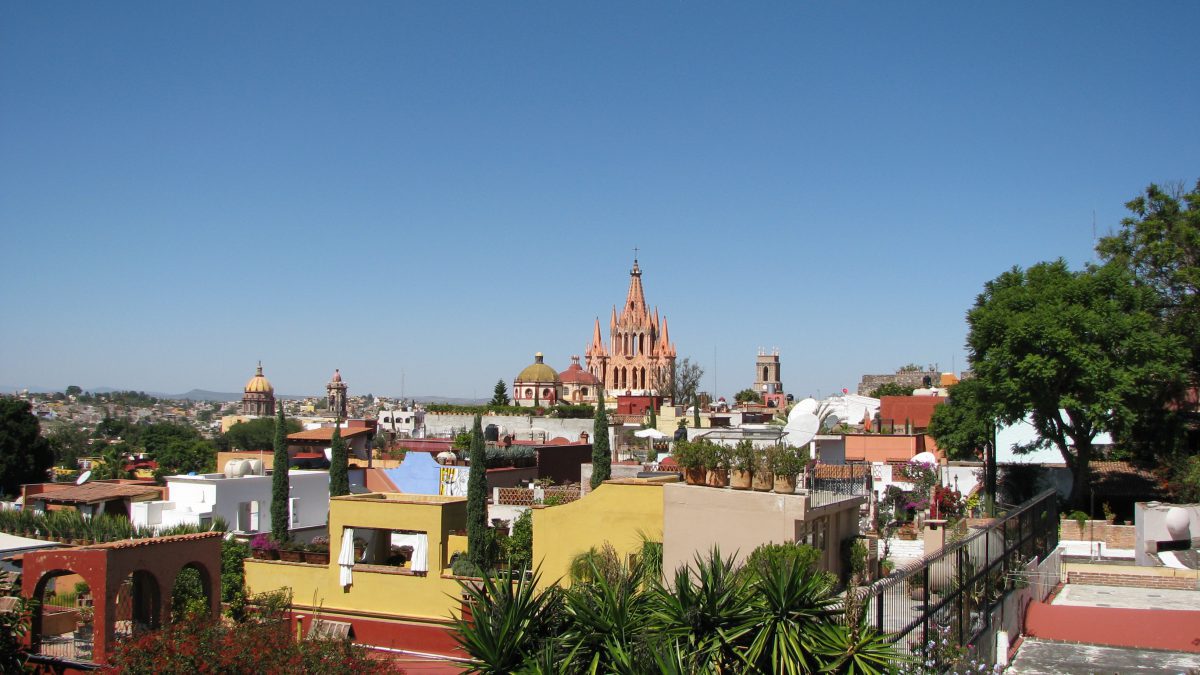 San Miguel de Allende has been a favorite among foreign retirees since the late 1960s. Nestled among low hills, this historic city is mostly flat at its center, making it very walkable.

El centro San Miguel is also chock full of delights. The number and variety of first-class restaurants and fine shops per block is unmatched anywhere else in Mexico. Large hacienda-style houses have been divided into patio restaurants, coffee houses, cantinas and boutiques catering to expat retirees. Most of these establishments are owned and managed by Mexicans native to San Miguel, famous for being friendly and gracious.

Foreign artists and bohemians began to take note of charming, colonial San Miguel in the 1940s and 50s, after the establishment of the Instituto Allende. The institute offered classes in the fine arts and attracted students from around the world. Artists came to study and then settled in. This town, they discovered, was blessed with great weather. Plus, back in those days, San Miguel real estate was laughably inexpensive.

The more artists who arrived on the scene, the more colorful, alive and full of energy the city became. Eventually, the eclectic, lively community of artists got the attention of another group of foreigners also in the market for great weather and low costs: retirees. Like the art students who preceded them, foreign retirees came to take a look and found their feet stuck to the sidewalks and plazas of this beautiful city. They just couldn’t leave. Today, decades later, thousands of them continue to call San Miguel home, which means new retirees can tap into a developed and English-speaking infrastructure of support.

San Miguel is centrally located in Mexico, making it a good base for exploration of the country in all four directions. The colonial cities of Guanajuato and Queretaro are just 90 minutes away. Mexico City is about four hours away to the south, Morelia about 3.5 hours southwest and Guadalajara about 4.5 hours west. The Texas border at Laredo is roughly 600 miles north or 10 hours of driving. The closest beach on either the Pacific or Caribbean side is about 600 miles away.

The Parróquia of San Miguel is the standout architectural feature that first traps the eye. Every day at almost any time of day or evening the benches of the central park (El Jardín) across from the Parróquia are full of foreigners and Mexicans admiring the church facade, reading, people watching and playing with their children. The park and church are magnets for the townsfolk, local and foreign.

Equally intriguing along the streets radiating out from El Jardín are markets, colorful houses overflowing with bougainvillea, frequent musical parades, unexpected architectural details and neighborhood festivals. Add brilliant skies, friendly faces and the smiles of pretty girls, and you understand how easy it is to find yourself stuck here. Many first-time visitors begin looking at properties for sale within three or four days of arrival.

San Miguel is not one of the low-cost standouts among overseas retirement options. Years of serving both a large resident expat community and hordes of foreign visitors have pushed prices up. Real estate values can compare with those in U.S. cities, and restaurant and shop prices in town can, likewise, be on par with prices in the less expensive areas of the United States. Depending on where you’re coming from, you might find the cost of living in San Miguel to be roughly the same or much cheaper.

Property taxes are negligible, and the moderate weather translates to low utility bills. Based in the historic center of town, you wouldn’t need a car, and transportation costs would be minimal.

San Miguel is a social town par excellence. Opportunities to meet other expats abound. Classes in dozens of subjects are available at the university, and the prolific charitable organizations operating here are always looking for volunteers. This can be an excellent way to make new friends among both the expat and Mexican communities. 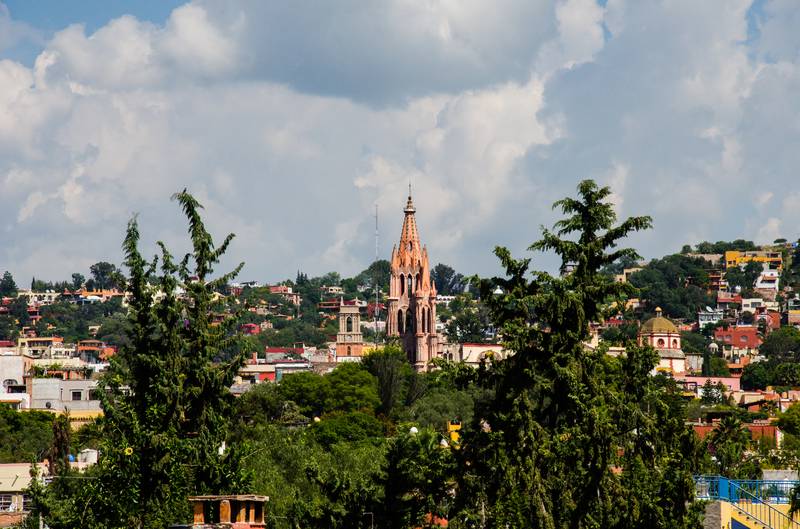 I recently moved to San Miguel de Allende, and I have fallen hard. Brightly painted buildings line its cobblestone streets in shades of rose, azul, and naranja. I glance into doorways to see tortillas being made by hand. I smell roasting chiles, hear the bells ring in the pink church, and watch as golden light slants across the huge wooden doors.
It’s easy to see why people choose to move here.  In fact, 10 percent of San Miguel’s residents are expats.
I’ve met more expats from Canada than anywhere else.  So, I set out to find out what exactly it is that so many Canucks have chosen to move to San Miguel de Allende.

The number one reason that Canadians cite for moving is the weather.  They are tired of the cold winters in Canada, and not only is San Miguel de Allende warm and sunny, it also has some of the most perfect weather  you will find anywhere.
It’s rarely uncomfortably hot or cold.  You don’t need air conditioning.  People use space heaters or fireplaces during the chillier times, but that’s usually just in the early mornings and evenings.  Even on the days that there are thunderstorms, the sun usually comes out at some point.

You have to be logged in to use this feature.